Florida authorities are looking into a case where a man was captured on video setting small flames to banners in a tribute for Pulse’s mass shooting victims.

The incident happened last month in Orlando outside Pulse nightclub, which since the 2016 mass shooting at the LGBT venue has been transformed into a memorial for the 49 people who perished.

The onePULSE foundation, a non profit formed following the attack posted footage to Facebook. It shows someone in a wheelchair being led up to a memorial wrap around the club. Although the fire did little damage, there are several memorial banners.

OnePulse Foundation stated that the incident took place around 8:30 on October 12. The video shows the person, who is wearing a baseball hat, rolling up to memorial — which features a large photo wall with banners and names of the victims — and lighting a small fire before leaving. Video shows that the fire did not go out completely, but the passerby put out any remaining sparks.

In the aftermath of the 2016 attack, the gay nightclub was transformed into a memorial and gathering point for the community, survivors and family of those killed. The memorial includes a wall of photos, banners and rainbow lights that wrap around the gray-concrete nightclub showing the 49 victims and other images from the community’s response to the attack. Many people leave balloons, candles, and flowers at the memorial.

While three banners and other memorial items were destroyed, the damage to the wall was minor. However, no arrests have been made. The Orlando Fire Department leads the investigation.

“Fire investigators are working the case,” said Jenny DeSantis, a spokeswoman for the department. “This investigation is ongoing and it’s open.” DeSantis claimed that there have not been any arrests.

The attack on the club in the early morning hours of June 12, 2016, was the nation’s deadliest mass shooting until a gunman killed 60 people at a country music festival in Las Vegas a year later.

Continue reading:Learn more about the 49 victims

The nightclub was designated a national Memorial by President Joe Biden earlier this year. The law was part of an effort to build a permanent memorial at the site in honor of those killed by Omar Mateen, who was armed with an AR-15-style assault rifle. The site will feature a reflection pool, an outdoor museum, and an education centre with gardens. There is also a plaza for public use.

Anyone with any information about the fire is asked to contact the Orlando Police Department at 407-246-2470. 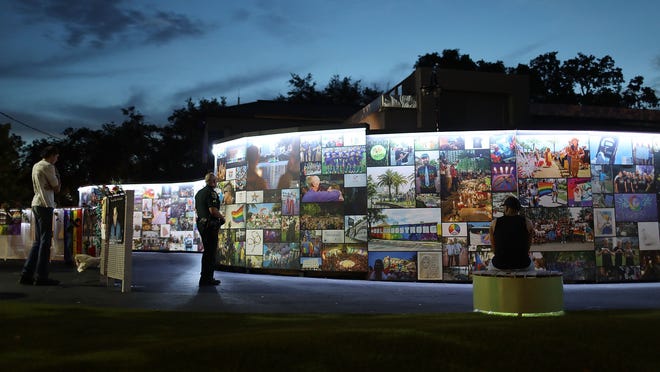 SpaceX launched its final Florida mission in 2021 to deliver holiday...

New study by Moderna suggests that booster can be effective against...

Lester Blair - January 10, 2022 0
Many survivors are in serious condition, and authorities have warned that the death rate could increase.An apparently malfunctioning space heater caused the five-alarm...

Monkey missing in Pennsylvania: The locals advised not to approach the...

Robert Durst is charged in New York with the murder of...

Amazon warehouse destroyed by tornado in Illinois: At least 6 people...