“That lovable scamp was put through a nightmare of a trial just for doing the bravest thing any American can do: protecting an empty used car lot in someone else’s town,” Strong began, channeling the Fox News host and praising Kyle Rittenhouse, who was found not guilty of intentional homicide and other charges this week.

Sipping from a mug stamped with the words “Liberal Tears,” Strong welcomed two guests to comment on the Rittenhouse verdict, a white legal analyst for “nasty NPR,” played by Chloe Fineman, and a Black professor from Howard University, played by Chris Redd.

“I’ve never seen anything like it before,” Fineman says of the not-guilty verdict given to Rittenhouse.

“I have! Many, many times,” Redd responds with widened eyes. 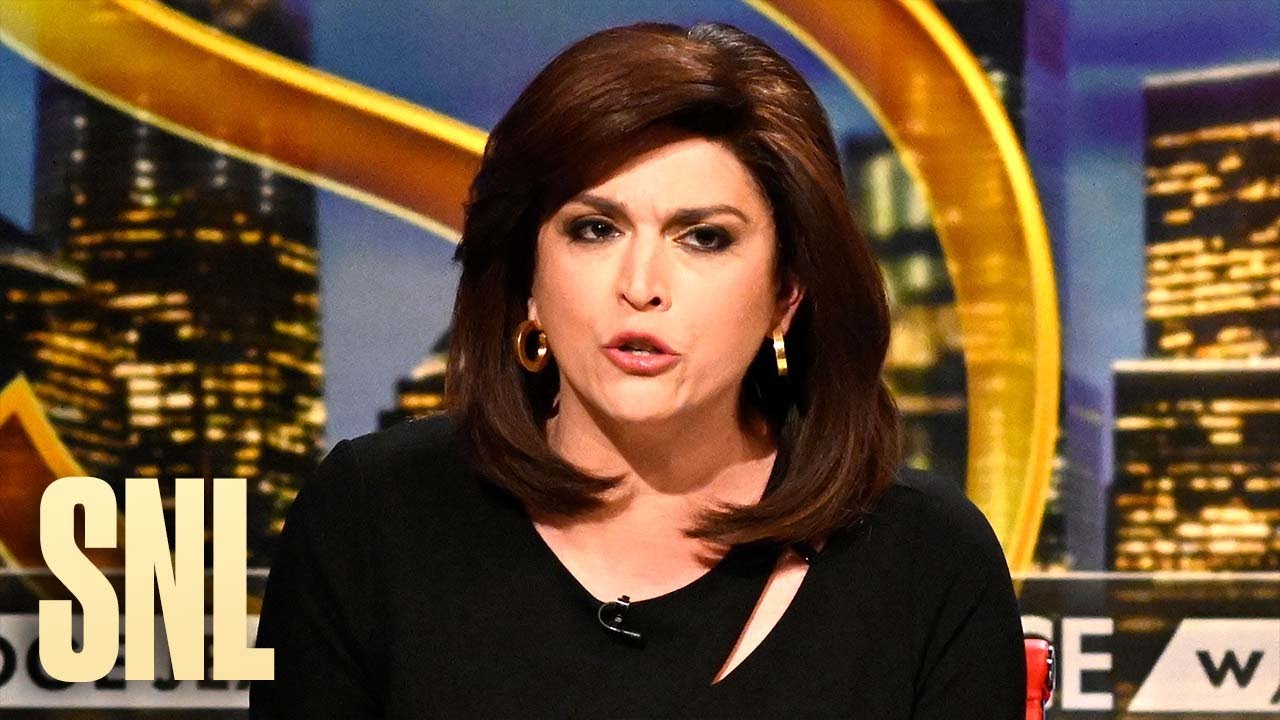 After covering other political touchstones from the week – House Minority Leader Kevin McCarthy’s eight-hour filibuster and President Joe Biden’s colonoscopy (“Passed Out Joe,” as Strong calls him) – James Austin Johnson returns as Trump to offer his thoughts on the infrastructure bill passed by the House last week.

“The truth is, nobody did more for infrastructure than me, and people say – and you know what, people, of course, people are me – are saying I built it back even a little better,” Johnson says before employing the 60-second topic clock reminiscent of ESPN’s “Pardon the Interruption.”

Opinion:Without a presidential campaign, “SNL” is lighter in this season

The show’s last episode before Thanksgiving break – it returns Dec. 11 with Billie Eilish as both host and musical performer – featured Simu Liu, star of Marvel’s “Shang-Chi and the Legend of the Ten Rings,” as host and rapper/singer Saweetie as musical guest.

During his opening monologue, Liu, who is Chinese Canadian, said he achieved his goal of starring in a Marvel film the typical Canadian way: “By asking politely.”

'Jeopardy!': Amy Schneider defeated after 40 games. The moment she knew 'I was in trouble'

'It still feels unreal': 'Jeopardy!' Amy Schneider, champ of the game, becomes No. With 39 wins, Amy Schneider is the No. 2 winner all-time

Merry Christmas! Major cities may see the highest temperature in over...

Kruger Rock Fire pilot was going back for 'one more pass'...

As the Pacific Northwest floods, major roads are closed as rain...

Lester Blair - January 7, 2022 0
Flooding caused by nearly a week of rain and snow in the Pacific Northwest closed portions of critical highways on Friday and prompted authorities to warn...

'Like I'd been hit with a sledgehammer': Black officer files discrimination...

Florida substitute teacher is charged with having sex after Snapchat footage...

State of emergency declared in Hawaii because of potentially 'catastrophic' flooding

Adults could get booster shots this weekend. Pfizer wants to approve...

Scorpios, you're the worst at getting vaccinated. These zodiac signs do...