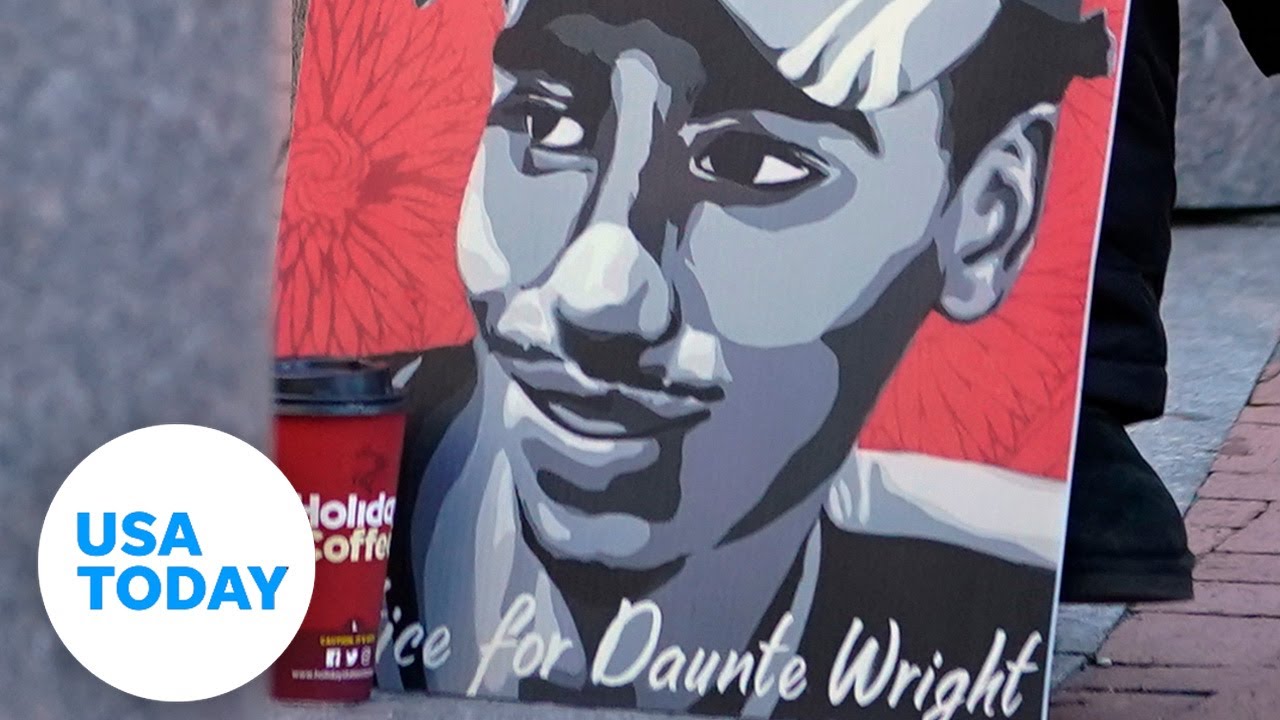 MINNEAPOLIS — Former Minnesota police officer Kim Potter choked up on the witness stand and buried her face in her hands Friday as she recounted the moment she fatally shot Daunte Wright while yelling “Taser” in a traffic-stop-turned-arrest earlier this year.

We were in a struggle. He was trying to drive away. “It just got chaotic,” Potter testified, wearing a yellow sweater and a pattern shirt, as she cried while her brother, husband and mother stood in courtroom. Then, all I recall is yelling “Taser,” Taser and Taser again, but nothing ever happened. “And then, Wright told me he shot him.”

Potter claimed that Wright was fighting with an officer about the gear-shift of her car moments before Wright was shot. The officer had “a look of fear on his face” like “nothing I’ve seen before,” Potter said.

Potter told jurorsshe remembers little about what happened after the April shooting in the Minneapolis suburb of Brooklyn Center. “They had an ambulance for me and I don’t know why. And then I was at the station. I don’t remember a lot of things afterward,” she said.

Potter, 49, is charged with first- and second-degree manslaughter in Wright’s death. The 26-year veteran of the Brooklyn Center Police Department quit two days after the shooting, along with the police chief. She was arrested the next day.

Prosecutors say Potter was “reckless” and consciously took the risk of causing harm to Wright and others, despite years of training on Tasers and firearms. Prosecutors also say Potter abused her position of authority and caused a “greater than normal danger” to the safety of Wright’s passenger, other officers and civilians on the street – aggravating factors prosecutors say warrant a tougher sentence.

Defense attorneys say Potter made an “innocent mistake.” They also say Potter would have been justified in using a firearm because she was attempting to prevent Wright from injuring another officer as Wright fled the arrest, which is a felony. After Wright was shot, he crashed his car into an oncoming vehicle down the street, injuring his girlfriend in the passenger seat and two people in the other car.

Prompted by her defense attorneys, Potter spoke to jurors about her time and training as an officer. She testified she worked as a field training officer for more than a decade and participated in a number of police programs, including a domestic abuse team, a crisis negotiation team and an honor guard group that memorializes fallen officers.

Potter claimed that Wright had never used her Taser or firearm on duty, but she said she pulled her Taser “maybe one time” for de-escalation purposes.

Erin Eldridge, the prosecutor asked Potter whether she had received annual training in Tasers and recertification. Asked if she was informed about the dangers of weapons confusion, Potter agreed but added: “It wasn’t something that they expounded on.”

Potter stated that she was assisting a trainee police officer at the time Wright decided to pull Wright’s car over. She testified that, if not for the trainee officer, she likely would not have pulled the car over.

Potter stated that Wright was under arrest for a weapons violation, and she had an order of protection against him. She also claimed they were concerned about a weapon inside the car. Potter testified she was compelled by law to arrest Wright and to find out if the woman in the passenger seat was the one with the order of protection.

Multiple police bodycam videos capturing the seconds after the shooting reveal Potter shouted several expletives and said she “grabbed the wrong” gun. “I shot him,” she stated. She added: “I’m going to go to prison” and “I killed a boy.”

Potter stated that she doesn’t recall ever making those comments when Potter was asked about her testimony on the witness stand.

Potter told jurors she quit after the shooting because she “didn’t want anything bad to happen to the city.” She stated she was presently in therapy and said that her husband had moved out of State.

The defense psychologist told jurors that even long-serving surgeons, pilots, and other professionals are still susceptible to “action mistakes” when faced with high stress situations.

“In plain language, you intend to do one thing, think you’re doing that thing, but do something else and only realize later that the action you intended was not the one you took,” Dr. Laurence Miller said as he looked toward jurors. Miller said weapons confusion – particularly confusing a firearm for a Taser – is a form of action error.

On Thursday, several other defense witnesses gave evidence. Expert witness Stephen Ijames, a former Missouri police officer, said Potter’s use of a Taser would have been consistent with police training and that the use of deadly force would have been justified if Potter believed another officer was inside the vehicle and at risk of being dragged.

Asked if the officer in question, based on his review of the evidence, was outside the vehicle at the time Potter fired her weapon, Ijames said the officer was “probably more out than in.”

Timothy Gannon, former chief police officer, said he felt “sheer fear” when he was once pulled by a vehicle. He said he resigned the same day as Potter because he would not immediately fire her, as he saw no violations of “policy, procedure or law” when he watched Potter’s body camera video.

Jurors heard also from several character witnesses that Potter was known for her law-abiding behavior and peace among the law enforcement. An officer, who claimed she considered Potter her mentor and friend, was emotional during testimony. Wright’s mother and a woman Potter later referred to as “mom” sat in the courtroom during the testimony.

After the trial, testimony was given in defense The state resigned Thursday morning. Over the course of six days, jurors saw dozens of bodycam and dashcam videos and heard from eye witnesses, local and state law enforcement officers, medical examiners, and an expert on the use of force. Wright’s mother, father and girlfriend all testified.

Jurors took notes as witnesses held up Tasers in the courtroom and, prompted by prosecutors, demonstrated the differences between a Taser and a firearm. Hours of testimony were also given by the panel on Brooklyn Center Police Department policies and Taser Training and Use Guidelines.

Wright was killed during the trial of Derek Chauvin, a former Minneapolis officer who was later convicted for the killing of George Floyd. The shooting amplified local tensions and fueled a nationwide movement against police brutality and the treatment of Black people in the U.S. Potter is white, while Wright was Black.

Ben Crump, a civil rights attorney and the members of Floyd, Breonna and Jacob Blake Jr. stood beside Wright’s family at the Hennepin County Government Center throughout the trial.

WHO IS ON THE JURY 14 persons heard testimony in Daunte’s trial for former officer.

The case is being streamed live and twelve jurors as well as two alternates will be hearing the evidence. The jury of 12 is 75% white. The U.S. Census Bureau reports that 68% of Hennepin County’s residents are not Hispanic, 14% are Black and 7.5% are Asian. 7% are Hispanic and Latino.

Minnesota Gov. Tim Walz indicated last week that he is prepared to call the National Guard in order to help local police during the trial.

The Brooklyn Center School Board has extended winter break. Students and staff will be able to take a leave of absence from December 17 through January 3. Superintendent Carly Baker explained that this decision was made to prepare for the Potter trial.

'They faced a lot': How the 12 remaining kidnapped missionaries in...

Police say that a Californian man was beaten to death by...

For COVID loan fraud, a man sentenced for 56 months after...

State of emergency declared in Hawaii because of potentially 'catastrophic' flooding

FedEx: FedEx is in a flurry of investigations into the hundreds...

Lester Blair - January 15, 2022 0
After dumping snow across the upper Midwest Friday, a massive snowstorm is set to sweep through the South over the Martin Luther King Jr. holiday weekend.The...

Geminid meteor shower will peak Monday, with over 50 meteors an...

The Kyle Rittenhouse verdict, explained: 'If you believe him when he...

Lester Blair - November 16, 2021 0
KENOSHA, Wis. – A jury will start deliberating in the Kyle Rittenhouse trial Tuesday morning after a day filled with competing narratives over whether the...

The interesting history of the real name of Martin Luther King...

The iron-rich atmosphere of this exoplanet is a source of its...